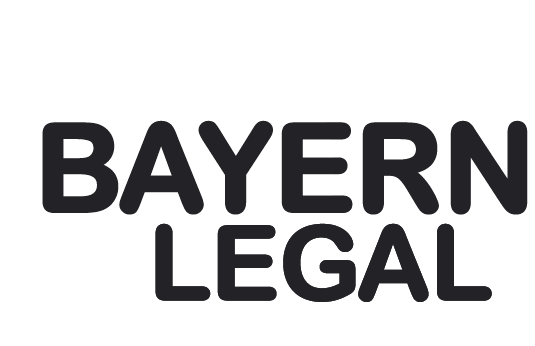 How effective is investing in UK property through an offshore structure?

Traditionally, it had been the practice for foreign investors to hold investments in UK property through off-shore structures due to the tax-efficient nature of such a mode of investment. The tax regime applicable to the holding of property in the UK is the charge to Inheritance Tax (IHT) and Capital Gains Tax (CGT) and historically, these taxes applied to residents of the UK. In this context, the tax-efficiency was derived from the fact that off-shore structures lay outside the scope of Inheritance Tax (IHT) and Capital Gains Tax (CGT). Apart from the tax efficiency, this mode of holding investments also provided transparency required by those foreign investors.

Imposed by the provisions of the Taxation of Chargeable Gains Act 1992 (TCGA92), it is a tax payable on the disposal of assets and is chargeable to persons resident or ordinarily resident in the UK on any chargeable gain accruing during the year of assessment (s. 2 of TCGA92). A non-resident company and which would be classified as a close company – a company which is under the control of 5 or fewer participators (per the definition in Schedule C1 Part 1 s.2 of the aforesaid act) – that had an individual shareholder/s resident and domiciled in the UK, would be treated as if part of the chargeable gain accrued to its shareholder (s.13 TCGA 92).

However, it is becoming increasingly necessary to rethink this strategy, as over the last five years or so, structuring the holding of investments in this supposedly tax efficient manner is being gradually threatened by the various legislation that are being and continue to be enacted by the government seeking to align the taxation system that applies to UK residents with that applicable to foreign-resident investors.

It is therefore pertinent to analyse the tax regimes as they currently prevail and the future enactments that the government plans to introduce.

The Annual Tax on Enveloped Dwellings (ATED) was introduced in 2013 (s.94 of the Finance Act of 2013), whereby a tax on dwellings with a taxable value of more than £2 million held by a company, partnership or collective investment scheme was imposed. In effect, any company, be it an off-shore structure as envisaged above, or UK resident company that held an interest in a residential property as aforesaid was within the scope of the ATED system.

UK resident company that held an interest in a residential property as aforesaid was within the scope of the ATED system.

Thereafter, in 2015 (s.37 of the Finance Act 2015) the government extended the scope of tax on chargeable gains to disposals of residential property by non-residents and certain non-resident companies. Sometimes referred to by the acronym “NRCGT”, it sought to bring changes to the following:

Both of the above forms of taxation fall under the regime of Capital Gains Tax (CGT), and as stated, applies only to residential property. Therefore, in summary the current regime of CGT is chargeable only on residential property and is applicable to corporate entities that are controlled by 5 or fewer persons.

In order to closely align the CGT tax regime of UK residents with that applicable to Non-UK residents in relation to the holding of immovable property situated in the UK, the government seeks to introduce changes which it hopes would also reduce the incentive to use offshore structures, to be effective from 2019/20. This legislation will encompass the holding of interests in commercial property held by foreign individuals and companies, the disposal of interests in widely-held companies and the disposal of interests in property holding companies.

Changes to be introduced in the near future:

With regard to direct disposal of UK property there are two key changes to be introduced.

The first change is that non-residents will become chargeable to CGT on disposals of commercial property. The second change will be the extension of the applicability of CGT to non-resident widely held companies, a widely held company being defined loosely as being under the control of more than 5 participators.

Where the non-resident person is a body corporate, then the gain on the disposal of the asset is chargeable to corporation tax at the rate of corporation tax prevailing at that date.

For other persons such as individuals, trusts and personal representatives of deceased persons, the charge to CGT is in accordance with the normal rules at the rates prevailing.

The current rate of corporation tax is 19% pa and is proposed to be reduced to 17% by 2019 and losses and gains will be applied in terms of available relief. The rate of CGT currently prevailing is 20% with personal allowances also applied.

Apart from the above “direct” disposals, another form of disposal, known as “indirect” disposals are also introduced. Essentially, this is in relation to property holding companies set up to hold commercial property and are thus deemed to derive their value from property.

In this context, the disposal of an interest in such an entity is to be brought into the scope of CGT. In this regard, to determine whether a disposal is in scope, it must be ascertained firstly, if the entity being disposed is “property rich” and secondly, if the non-resident person holds or has held in the past 5 years an interest of 25% or more in such entity. The determining factor as regards the property richness test is whether at the time

of the direct or indirect disposal 75% or more of the value of the asset disposed of derived from land situated in the UK. Non-UK land is specifically excluded from this test.

Changes introduced by the 2018 budget

The government is to publish a consultation in January 2019 on a Stamp Duty Land Tax surcharge of 1% for non-residents buying residential property in England and Northern Ireland.

From 6 April 2020, non-UK resident companies that carry on a UK property business, or have other UK property income, will be charged to Corporation Tax, rather than being charged to Income Tax as at present.

All non-UK resident persons, whether liable to Capital Gains Tax or Corporation Tax, will be taxable on gains on disposals of interests in any type of UK land, for disposals made on or after 6 April 2019.

All non-UK resident persons will also be taxable on indirect disposals of UK land made on or after 6 April 2019.

The provisions relating to ATED-related Capital Gains Tax will be abolished.

How we can help?

Clearly, it is becoming increasingly difficult for tax-efficient structuring of investment holding in the UK. However, there still prevail other reliefs and measures available to corporate entities in the form of allowable gains/losses and deductions to corporation tax. We are able to procure coordinated tax advice and planning through reputed third party tax advisors on how best to plan and structure UK property holdings and also identify other tax-efficiencies still available. In any event, use of overseas entities may not reduce local taxes in the UK, however they can help with succession planning, peace of mind, tax neutrality (say, as between family members resident in a mix of taxed and untaxed jurisdictions) and, of course, some confidentiality.